Where are the people in the Dauis Renaissance Program? 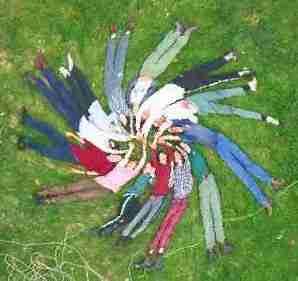 (The Dauis Renaissance Program is about converting the Dauis convent to a museum, souvenir and coffeeshop, and a function room, the construction of decks in the courtyard and the installation of lighting fixtures. It also involved the renovation of the convent roof, the construction and fit out of kitchen and bakery, and the acquisition of implements for dining or banquet services.)


I was informed by a colleague of mine that Bea Zobel de Ayala commissioned a research to ascertain the impact of the things that she was doing in Bohol in the past few years. The assessment was conducted by my friends at Holy Name University and was implemented in two sites – Baclayon and Dauis. They said they were interviewing key people regarding the projects. Unfortunately, I am not a key person, so I did not have a chance to be interviewed. I just hoped it is not because I am against how the project was undertaken, lest I will really conclude that they are only interviewing those that have something good to say, lest, I will really conclude that all the while, the Dauis Renaissance Program is done in such an exclusionary process.....a process that excludes those that negated it.

Indeed, it has been approximately a year when I did the analysis of the cooperation agreement, which landed in our hands not because it was freely provided, but because somebody by luck got a copy. It was in June 24, 2008, when Ms. Beatriz Susana Zobel de Ayala, the Most Rev. Leonardo Y. Medroso, and the Dauis Renaissance Company signed the Cooperation Agreement for the Dauis Renaissance Program. The Dauis Renaissance Program, as the agreement indicated, aims to work for the “betterment of the lives of the people of Dauis”, the “revitalization of the heritage site of the Dauis Rectory courtyard” to “strengthen the spiritual, moral, and religious foundation, cultural identity and pride, and community solidarity of the Dauis people” and to “share in the vision of the Dauis Rectory courtyard as the center of sustainable development of Dauis through arts, heritage, culture, propelling the Dauis people to excellence in creativity and production, and enabling the Parish to better serve the parishioners, pursue its apostolate and provide for the well-being of priests”.

The objectives of the program is loaded with the laudable ideas of “people”, “sustainable development”, “culture”, and “community”, among others. A closer scrutiny of the objectives would reveal that the program is for the “people”, to better the lives of people, to strengthen their spiritual, moral and religious foundation, and to promote their sense of pride and community solidarity.” Thus, it can be said that the program is for the people, and where the people are assumed to participate and benefit.

However, the exclusionary nature of the process, about which the program was conceptualized and implemented, was repetitively questioned by a few lay people of Dauis, the Nagpakabanang Dauisanon . A paper written by an economist and a Dauisanon himself, Dr. Ramon Clarete of the School of Economics in the University of the Philippines, indicated that the corporation, the Dauis Renaissance Company, which is the forerunner of the Dauis Renaissance Program leaves no room for controlling representation to the ordinary Dauisanon as it “accords two-thirds of the equity of the Corporation to Ms. Zobel de Ayala”, and only has a probable “5 percent of the total equity of the Corporation”.

In the beginning of this year, probably the questions of the opposition group stung the implementers that they hired people to conduct community consultations, in the horse-after-the-cart fashion. The lawyer, Atty. Floreindo Columnas presented in these consultations. I remember very well that during my presentation of the analysis paper to members of the senior clergy of the diocese of Tagbilaran in Maribojoc early this year, Atty. Columnas mentioned that the money Bea invested was a grant, not a loan. But I asked Atty. Columnas why the cooperation agreement said that it was preferred shares redeemable in 5 years, he said it was not the intention. Of course, he knows very well, being a lawyer and my professor in law school that what were written were the ones that govern the business arrangement, and not those he said were the real intentions. But revisions to the cooperation agreement have not been done since. But in these community consultations, it was repetitively said that the money was a grant. In a sense, the people are also deceived.

I thought the project was for the people of Dauis, but the ones running it are not from Dauis. You have John Maraguinot, from Tagbilaran, as manager. I also saw one of my accountancy students working there, who obviously is not from Tagbilaran. I wonder if the waiters, the suppliers, and those involved there are from Dauis as well. I wonder if Mr. Maraguinot can give an accounting of how the people of Dauis benefitted. If indeed this is Bea’s intention, they should be able to inform people how these intentions were achieved.......it has been almost a year....and information did not flow.

Information, surely, did not flow. I presented early this year to Bea Zobel, her consultant Inno Manalo, and John Maraguinot my paper, in a meeting at Doy’s Restaurant. There, I presented options for them to consider, like for example, revising the cooperation agreement to truly reflect Bea’s intentions. I also asked during the meeting if they can provide me the business plan and basis of projection for the DRC, which Mr. Maraguinot said he would provide. I wrote two formal letters asking him to provide us the information, but he never gave anything. He even did not have the decency to answer me with a formal letter. He only wrote me a text message that if I have other questions, I should ask Mr. Marianito Luspo and Ms. Josephine Cemini, purportedly partners to the project. I asked Mr. Luspo and Ms. Cemini, they too, could not provide.

So where is the information? If this project is indeed true to its words, where is the transparency? If they could not even answer me, when I am vocal about my views and persistent with my requests, how much more the people for Dauis who would like to know the truth? So today, I dare to ask them these questions:

1. What were the processes undertaken by the Dauis Renaissance Program implementers in ensuring people participation in program development, implementation, monitoring, and evaluation?
2. Who were involved in developing and implementing the program?
3. What is the extent of the involvement of each stakeholder, more particularly those representing the citizen sector, in developing and implementing the program?
4. How has this participation affected the program framework, the consequent implementation, and intermediate results and outcomes?
5. How has the program affected the capacity of local citizens to participate in similar development initiatives?

I challenge the implementers to answer these questions. I challenge them to bring into the open relevant statistics that would prove that indeed this program is for the people. If I am convinced, I surely would camp on their side. It is just that for the past year, nothing has been made visible. I also challenge my colleague researchers at Holy Name University to deal with these questions if indeed it is impact or benefit that they would like to see. If funders are very critical with how programs reach the intended beneficiaries, isn’t it but true that answers to the questions above are demandable?

If the the suppositions indicated in the immediately preceding paragraph is what this project is all about, then I rest my case. Afterall, one should not question somebody else's private business.
Email Post
Labels: Boholanalysing Religion Boholanalysing Tourism Boholanalysis Development Projects

glenn said…
very relevant questions indeed.... and i understand and know the addressee of these questions are all intelligent and respected boholano personalities and they know the answers... problem is, do they have the guts to tell the truth and be for the dauisanons, and boholanos.... mik, count me in...
30 November 2009 at 06:39

Miko Cañares said…
thanks glenn. i think part of the reason i keep on asking these questions because nobody bothered answering them. also, this is also the reason why the lay people of Dauis is dissatisfied because no one would provide them the answers.

what about the ojt gerard? hehehehe...you should forward the post to Mel so she can react outright. regards
30 November 2009 at 22:07

MIKAELA said…
it makes me SICK to know that people who are supposed to be trustworthy, people who are believed to be role models, people who are highly respected and dignified and people who are expected to be the advocates and protectors of all dauisanons are the ones who are the main personalities behind this highly suspicious agreement.

no matter how big the so called “grant” is, no matter how “righteous” and powerful the prime movers appear to be, the basic rules of the game will always be;

If the conscience is clear, answer the questions… If there nothing to hide, produce all documents... and if there’s something wrong in the contract, by all means, AMEND IT!

linda paredes said…
Hi Miko, I just read your posting now with all the work I am doing to start this five-year AUSAID Project in Bohol called Provincial Roads Management Facility (PRMF).

The Dauis Renaissance Program is one example of a potentially good project with noble intentions that turned sour because it lacked the essential ingredients of community participation, transparency and openness - values that are very well enshrined in Bohol's community and governance processes.

I have been watching on the sidelines, the evolution of this project and have read your write up and talked to some of the stakeholders myself, both from DRP and the community.

What are lacking are the ingredients I mentioned above and without these, any good intention is always suspect of something else.

You raised very real and evidence - based queries, what with your very good financial and legal background.

I am sad for communities who can not speak up and do not realize that they have traded their patrimony with promises that have not yet come to fruition.

I join you in your continued vigilance over this issue and to make sure that real benefits trickle down to communities DRP pledge to help.

iamliza said…
I know at least one waiter is from Dauis Sir Miko. That was last year, the last time I went.

Anyhow, I'm pretty sure they could present us with papers and what-not. Some fancy glossy book and what have you. Documentation is easy. That's Bea, dios mio! They'd have done this already if they wanted to, or if were required to, or if they at all have the common sense to.

But what's suspect is their (as how I'm seeing it) complete brush-off to the totally valid and logical questions we've raised here.

Trevor Batten said…
Well,I can agree with you on this one (except that the effects of private business on the public sphere should never be ignored completely).

The Devil hides in the details -which is why the road to Hell is so easy to pave with good intentions.

Intellectuals and activists should always question the exact meaning of the transcendental nonsense expressed in the cliches and abstractions they are involved with -unless,of course, one wishes to fool oneself into doing the Devil's work for him.

So what are the implications for all the other projects in Panglau, Pamilacan and Baclayon?