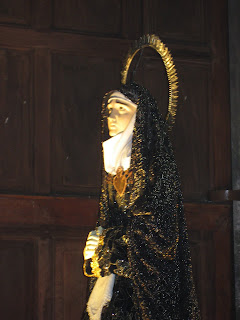 “…. the twins were found embracing each other while floating lifeless in the deep well.” (Bohol Chronicle, 18 November 2007)

I was dumbfounded reading the news on November 18 about two boys who died in San Isidro, Pilar - drowned in a well near their house while their parents were in the fields and an elder brother was watching TV. Though I have not seen nor known the boys personally, I feel a deep sense of remorse and regret, and an unexplainable sense of sadness swept over me.

It is maybe because I am a father that I can very well relate how such a grave loss could affect one immensely. Or maybe because I know Pilar quite well, because I have worked there when I was still very young and free of cares, that those children, faceless as they were in the news story I was reading, brought vivid images of children in Pilar that I have talked to in my endless wanderings in the rice fields.

Or maybe because I can see myself as that young boy watching TV, which loud noise drowned the cries of my younger brothers asking help, and receiving the blames of the rest after one brief moment of enjoyment. Or maybe because I am that father, blaming myself and my poverty for the painful daily choice I have to make of leaving my sons home while my wife and I tended the fields. Or maybe because I was that boy in the well, afraid and helpless at the same time, looking at my twin in the eyes and unable to do anything else but to embrace him in my arms.

I think all of us, in one way or another can relate to any of the characters in that “twin tragedy”. Some of us may feel like the twins, gasping for air everyday and utterly helpless, that dying becomes not a choice but an eventual reality. Some of us are like the mother who would forever carry in her heart the loss of the children, or the father trying to escape grief as he condemns that well and fill it with soil. Some of us may be the brother, the eternal scapegoat, wanting to free himself of the blame that everyone else in that tragedy also has the responsibility to bear.

The twin tragedy is ours. So don’t point a finger.

We also share the blame.
The picture depicts the Mater Dolorosa, grieving for a lost son.