Where Have All The Good Roads Gone? 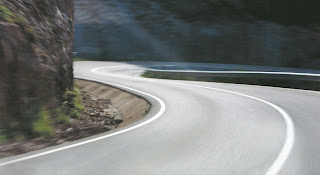 The taxi drivers in Tagbilaran City realized one thing - that it’s better to drive passengers to Jagna than to anywhere in the city. The reason though is not about traffic, but road condition. It seems that repair and maintenance of the city’s roads have become of lesser importance than a planned costly installation of monitoring cameras in several locations within Tagbilaran.

Except for the new concrete roads at CP Garcia Avenue, the city’s main street, which was part of a provincial circumferential road project, not much improvement can be observed in the city’s main thoroughfares. Gallares Street, the one that connects the pier to many of the city’s landmarks – K of C Church, Ramiro Hospital, Bohol Quality, Holy Name University, and the St. Joseph Cathedral - is in such a sorry state. J.A. Clarin also shares the same fate. If these major streets are in this condition, what can we expect of the smaller ones, and the others that still remain unpaved to these days?

They say that development is not just about good roads, and this is true. Development is all else that makes people experience life of quality. Thus, development also includes good roads, as it includes functional health centres, better employment opportunities, quality schools, affordable medicines, productive farms, and more.

In the past, Governor Aumentado (then a congressman) was criticized for building good roads in the second district without doing something significant regarding the poverty condition of the people. This criticism may be right in this particular context but it is also important to point out that several literature have indicated how roads have made the rural areas more visible, facilitated agricultural gains through lesser transport costs affecting prices of both farm inputs and outputs, and improved access of people to basic social services.

If the city government is doing something else gigantic that caused a rapid decrease in urban poverty, for example, then abandoning whatever road maintenance project required might be justifiable. But is this the case for the moment?

In the area where I lived, just a kilometre away from Island City Mall, the roads are muddy and the holes are deep, and they have been like that for the last five years. The people I knew that were facing extreme difficulties in the past few years are the same people that are experiencing extreme difficulties now. This prompts me into asking, what is the city government doing all those years?

Anonymous said…
Dear Mr. Canares,
I wonder if you check you FAO email or not?
When are you coming to Thailand?
I chatted with P'Ya yesterday and she was asking about our meeting!
We still owe you one dinner!
It's 20th of March already.
PS.Please bring some dry yummy mango from the Phillipines.
Thank you
Tammy
19 March 2008 at 18:20

Unknown said…
I have been writing about the state of Tagbilaran City- http://edikdolotina.blogspot.com/2007/08/wake-up-tagbilaran-city.html
30 March 2008 at 10:20