"The Idea of Justice" 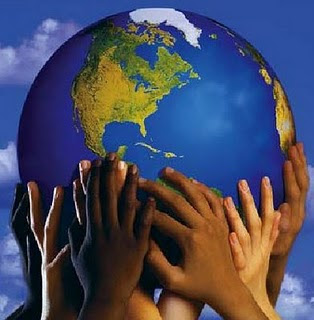 In 2009, Nobel Laureate Amartya Sen published his philosophical enquiry on the need for a theory of justice entitled “The Idea of Justice”. Deviating from the famous Rawls document in 1971 “A Theory of Justice”, the book proposes ‘comparative realization’ as an alternative approach to John Rawls’ ‘transcendental institutionalism’.

Sen’s conceptualization, as reviewed by Osmani (2010), requires at least 8 elements. In this essay, however, I will focus on at least one element, the process by which we judge how just or unjust our society is. Sen contends that we evaluate the justness of a society, not by the justness of its institutions but by the “justness of the realization of a social state as determined by the interaction of institutions with social norms and the behaviour pattern of individuals living in a particular society” (Osmani, 2010; 604).

In his book, Sen argues that it is very difficult to define a perfectly just society. The plurality in the conception of the term is immense. John Bromme (2010), for example asks whether not reducing gas emissions today is unjust to the future generation despite the fact that the future generation is still inexistent, and thus, the answer to this justice question is doubtful for metaphysical reasons.

I too have several questions. If people are enjoying material prosperity today, are they unjustly depriving others of the right to enjoy theirs when the former laboured so hard to gather wealth? If a businessman only pays minimum wages to its employees while he earned 200% more of his investments every year, is this unjust? If a ticketing office entertains a customer that just walked in because he is a friend of the vessel’s owner while a long queue of 30 people were waiting, is this injustice?

The word justice really appeals, despite its vague connotations. They say that a cry for justice is indeed better than a cry for love, for mercy, for retribution. Love, apart from being vague is too melodramatic. Mercy is for the undeserving. Retribution does not sound well for those who read the bible every day.

I remember one time when my son needed anti-rabies shots. Around 3 of the required are free at the provincial hospital. At one time when we were about to claim the free shot, we were told that the free shots were no longer available because all were used for the priests of the diocese of Tagbilaran, as these were requested by the bishop. There were a few of the people queuing at the out-patient counter that were dismayed. They had to pay the shots on their own. Undoubtedly, the diocese of Tagbilaran could pay for the shots but probably some of those in the queue could not. To say that the situation was unjust is appealing. But definitely, we cannot claim an injustice against a church that preaches it, can we?

Sen, in his argument, insightfully said that a just society is not necessarily a product of just institutions but more. This brings to me a realization that a just society is too utopian, an idea that resides only in the minds of those like Rawls and Sen and all others who would like to see a better world than the one we currently live in. I do not think that a society where hunger persists, where unemployment is an everyday reality, where children are not in school because they do work elsewhere, while a few are enjoying everything that life has to offer, is a just society. But since the time I was born, society has been like this.

I wonder why. In a time and age when governments profess to be bastions of justice, when church proclaims a preferential option for the poor, when leaders of nations vowed to make things better for the bottom billion, the idea of an equitable, much more a just society seems far and remote. Maybe, just maybe, until now, like the title of Sen’s book, justice is just an idea, or like Rawls’, still a theory.

And maybe, just maybe, thinking about this idea, this theory, and all its possibilities is a worthwhile preoccupation for those of us who would like to, theoretically help others, and a meaningful consolation for those of us, who for many years have lived in abject poverty.

manongpawikan said…
like all ideals, justice for me escapes a definitive conceptualization. i myself have only adopted the working experiential definition of what justice is: it is what your grandmother taught you. so here i won't uphold answers but raise questions as well.
i agree with the point that institutions do not make a society just more than the outcomes of the interaction between institutions and individuals that are both aspiring to have a just society.
let us take for example your anti-rabies experience.
was it unjust for your church to ask for free anti-rabies shots from the government that gives them for free? was it unjust for the government to release anti-rabies shots in answer to a request from the bishop, when after all it was for free and was intended for everyone? i think not. but as i say in the beginning, it is not institutions that make society just. factor in now the queue, the influence for a request too many, the capacity to pay and what you have is a question of decency and then consequently, justice. thus, the questions now become, is it just for your bishop to exert influence over and above the queue of patients lining up for a free rabies shot to more than 50 plus priests? or is it just for your church to seek for free vaccines when they can by all means afford to secure like they have owned SUVs in stark contrast to those who lined up there simply because they do not know where else to go? or is it just for the government to turn a blind eye to those who needed the service more and take refuge with the bland reasoning that their free service does not distinguish?
thus, it is these interactions, this kind of relationships between individual and institutional values that shape our idea of justice further. institutions nor individuals do not become the guarantors that justice has prevailed at a given point in time but that institutions who are sworn to uphold justice and individuals who cry for justice dialogue with each other to help shape an ideal that is quite elusive.
and that is why this brings me to my last point. i do not quite agree with the rhetorics of the last two paragraphs which argue that apparently despite the so called just institutions and morally aware individuals, justice has become far and remote. our longing for a more just and humane society speaks of what we still need to do, resounds of what we still need to talk about, reverberates of what resolve we need to make, and not that we have been more unjust than what we were a century ago.
31 January 2011 at 02:33

Anonymous said…
Fairness is absolutely tolerance. The world itself can be envisioned as a pie. Fairness is just the act of making people feel welcome, and not judging before there is a good reason to do so.
1 February 2011 at 05:10

inyong said…
Bottom line, common sense (the one taught by the grandmother).
Individual situations should be viewed literally as individual situations.My heroes, just simplify.
I have heard that in Canada, one basketball league there penalizes the advancing team as the losers when they score past more than 5 points against their opponent. Could this be the product from the progressive's cry for social justice?
Manongpawikan and the author's point that, institutions do not make the society just more than the outcomes of the interaction between institutions and individuals that are both aspiring to have a just society, is right on target. That is why, i believe individual strife is still more effective for a person to achieved freedom from injustice. (naowaw ko, di ko kahibawo injo style ba...hehehe)
6 February 2011 at 06:58