Who wins in Panglao's Tourism Business? 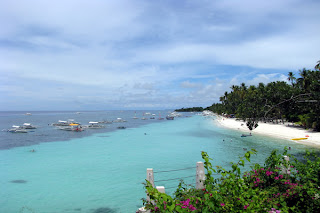 Very recently, business tax collection system in the municipality of Panglao has drastically changed that resort owners, maybe accustomed to a subjective tax assessment processes, reacted strongly.  The basis of the reaction is simple – tax assessments have significantly increased the amount of tax that they will have to pay, when compared to previous years - and like every taxpayer who is assessed a higher amount of tax, businessmen complained, alleging that the tax base is highly irregular and the system anomalous.


The municipal government of Panglao implemented this year the Enhanced Tax Revenue Assessment and Collection System (E-TRACS), a system that automates the assessment and collection of taxes and puts subjective assessments aside and makes tax payment negotiations a thing of the past.  A primary highlight of the system is the elimination of subjective tax assessments because certain parameters are used, and in this case, the most objectionable to businessmen, the use of presumptive income levels (PIL).


PIL uses objectively verifiable indicators as means for determining gross sales – the basis of the tax on business – without necessarily conducting close monitoring of businesses, the use of on-site business audits, and complex mathematical computations.  It can use estimated daily sales or gross receipts based on expected number of customers, inventory estimates, mark-ups, space occupied, occupancy rates, and others.  In the case of tourism establishments in Panglao, for example, the LGU can use occupancy rates of the number of hotel rooms with consideration of slack and peak seasons, or the restaurant seating capacity that factors also variability in operations.


The indicators, in this case are pretty simple and fairly logical – no one will put up a hotel or resort with a number of rooms without a solid business plan, or construct additional rooms without a good basis.  In the same way, restaurants can’t occupy a whole half a hectare of a space without a good reason…and exist for ten years or so. Under the PIL, establishments are not treated as a single class, but are classified according to certain parameters as size of building, number of employees, floor area, level of operation – in such a way that a sari-sari store in a three-square meter lot, will pay less than a supermarket in a three-hectare prime lot space.
The use of PIL is part of the many tools included in the annexes to the Joint Memorandum Circular (JMC) No. 1 Series of 2007 which was about the Harmonization of Local Planning, Investment Programming, Revenue Administration, Budgeting and Expenditure Management.  The JMC was considered a “landmark policy in the synchronization and harmonization of the core LGU operations”which “triggered the issuance of several updated manuals from the four signatory agencies, Department of the Interior and Local Government (DILG), National Economic and Development Authority (NEDA), Department of Finance (DOF) and Department of Budget and Management (DBM).” (http://www.jmc2007compendium.com)
Let us take a look at what resort owners in Panglao purportedly said in response to this change printed in Bohol Chronicle on 22 January 2012 edition.
The Chronicle learned that tax payers cried foul after the much anticipated computerized tax system turned out to be a "bagbiter", computer jargon for a program that has shortcomings even as some businessmen has called for depositing their tax payments in the courts in protest of the allegedly unfair tax assessments.
Sources who refused to be identified told the Chronicle that the agreed formula for the presumptive income level does not appear in the assessment printouts depriving business owners the summary of the manner their tax payments were computed.
A resort owner raised a howl after his presumptive gross income was computed at P55M and was assessed P1.2M.
Another resort owner complained that the computer program "wrongly split out the components of each single business and incorrectly considered each of the components a separate business resulting in a separate set of requirements and permits".
The reportage, insufficient as it is, also points out to the insufficiency of the arguments.  The reasonableness of the computation was not assailed, nor the appropriateness of the use of PIL.  The main contention, as can be understood in the text above, points only to the fact that the businessmen were surprised and were not prepared that a time such as this would come.
The use of PIL is not without objection.  Pamela Palad of Punongbayan and Araullo, one of the biggest accounting firms in the country argued that PIL “does not give the LGU a carte blanche authority to increase the gross sales/receipts of the taxpayers within its jurisdiction and on that basis, assess the local business tax” and cited a CTA ruling that PIL can only be used by “an LGU in computing the local business tax only if the taxpayer is unable to provide proof of its income”.
Palad’s argument, however, is couched on a basic assumption, that the businesses submit a sworn declaration of gross income together with its audited financial statements.  In this case, she argues, that “there is no need for the LGU to use a “presumptive income level” since the taxpayer has already provided its actual gross income for the corresponding taxable year.

But this assumption is extensively flawed. First, while it may be that businesses submit audited financial statements, the statements may not necessarily reflect the true condition of the enterprises, never mind the fact that these were audited.  While I do not disdain public accountants who lend credibility to financial statements, I saw some who sign statements without necessarily looking at underlying books of accounts. Looking at the figures declared by some businesses in Panglao, I shrink.  Who will ever believe that an accommodation establishment with a restaurant, with more than 50 rooms  and an average occupancy of 60% a year will only remit less than P5,000 income?
In situations such as this, PIL is helpful, as it may not approximate the actual income but at least gets logically close to it.  I am not saying that businessmen were lying in the past years. All I am saying, that the assessments this year reflect better the condition of businesses in their current state.  One can just imagine this impact, because this year, using figures available as of January 2012, collection for business taxes increased by 44.53% from a base figure of P12M in 2011 when e-TRACS was not yet implemented. Had businesses submitted proper payments without the PIL, roads would have been better, services in Panglao could have been improved, and tourism management could have been more effective than it is now.
However, tax collection is just one part of the process of ensuring that tourism in Panglao will make better tourism services, and eventually, people’s lives.  The greater challenge is to ensure that these improvements in revenue will ultimately mean improvements in tourism governance.  The municipality of Panglao should ensure that the increase in the tax payments will be equated with better service delivery for Panglao’s tourism industry, and that everyone wins in Panglao’s tourism business.