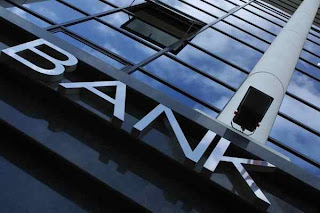 December 27, 2009
The Bohol Chronicle reported today (27 December 2009) that the Sangguniang Panlalawigan has given a go-signal for the governor of the province of Bohol to sign a joint venture and development agreement (JVDA) with Oasis Leisure Islands Development Inc. (OLIDI) to reclaim at least 450 hectares by building 5 islets at Panglao Bay. The provincial lawmakers believed that the proposal was advantageous to the government, as it will not spend any single peso for the project, from its inception to implementation. Interestingly, the Bohol Chronicle reported that Vice Governor Herrera stressed that "Several discussions have been made and the SP met with the proponents many times. Concerns of each board member have been satisfactorily answered." I was appalled. It seems that the Sangguniang Panlalawigan members have not read the proposal in its entirety. I wonder if they could answer questions if reporters will ask them for the details of the proposal. I wonder
14 comments
Read more

Impress me, Convince me: A Call to Those Opposing the RH Bill

February 28, 2011
Two friends of mine sipped coffee at Bo’s after what to them was a disappointing forum on the RH bill sponsored by the local Catholic Church. They were amazed by the lack of information, the drought of reason, and the argumentum ad misericordiam employed by those who said that the RH bill should be junked. The lady, mother of two, asked, “Why should an intellectual forum on a bill be reduced to an attack to our conscience? Why does the church have to repeat all over and over again that to kill is bad?” His companion replied, “I do not really see the point. I have not seen a provision there that says that the bill can be made responsible for deaths of unborn children. I do not really know what they are objecting about.” “Impress me, convince me.” These were the words that echoed in my mind when I heard the conversation. I heard it first in a reality show looking for fresh new talents, shouted by one of the three judges at a contestant doing an interpretation of Stevie Wonder’s ‘
10 comments
Read more