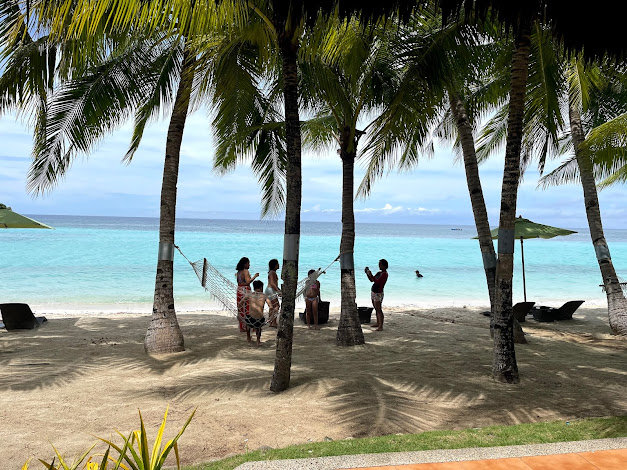 I spoke with a friend of mine a few days back, and he told me he is now ready to implement his backup plan – which is to migrate to another country to study a new field and leave all his tourism-related businesses behind.  He told me he did not see it coming. Like with all the others in his sector, he thought that COVID19 is a temporary anomaly and won’t stay for long.

But now, all his businesses are closed, and his cash reserve is bleeding. Despite the many times that the Provincial Government of Bohol announces re-opening with ribbon-cutting events here and there, tourists did not come by truckloads.  They came like summer rain – very few and far in between.

The province’s economic recovery plan is ill-advised and short-sighted.  We all know we relied primarily on tourism to fuel the local economy despite the fact that the sector is the most affected by the pandemic and will continue to be so in at least 3 to five years based on conservative projections. The strategy is to rely on it still. All government support is still focused on the sector, even prioritizing tourism workers in the vaccination program.

But the sector depends on people coming in, the normalcy of travel, and, more importantly, the safety of people.  Unless people are confident that they are safe, they won’t go to a resort and splurge. They will stay at home and keep their cash for the rainy days.  Even the promise of safety during their holidays here won’t lure them in.  And sadly, the figures show. 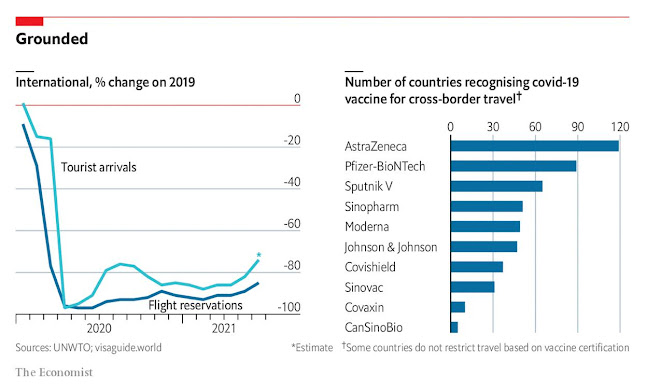 The graph above, produced by The Economist, showed that flight reservations in 2020 and onwards are at an all-time low, between 80 to 100% decrease from 2019 baseline figures.  Philippine statistics mirror this, as the decrease in arrivals for 2020 was as high as 82% of baseline.  2021 data is still not available and will likely be worse than 2020 figures.  The Bohol Tourism Office did not mind collecting figures for tourism arrival at all because they are grossly low, I can imagine.

And with the Delta variant and a surge in cases in most countries, the rest of the year will be grim still. Holding events, promotional selling, and safe branding will not be sufficient to regain traveller confidence. Tourists coming to Bohol go through stopover and connecting airports, including those coming from countries that make up our top 10 markets.  The Koreans and the Chinese will either go through Manila and Cebu to come to the province. These cities have the highest COVID-19 cases across the archipelago.

When will the provincial government realize that relying on tourism to fuel the economy during this time will not work?

Unfortunately, there is no plan B.  The plan is still to make Bohol safe, as if Bohol is cut off from the rest of the world where the pandemic is happening.  In the meantime, the strip along Alona beach hosts more than 30 closed bars, accommodation establishments, and restaurants that sometimes it looks like a deserted town, even during Friday nights. Several transport companies have defaulted on their bank loans.  And hundreds of workers lost their jobs, while several others reported decreased income due to decreased work times.

Experts have suggested ways. The IMF, for example, writes that tourism-dependent economies “may need to embark on a long and difficult journey to diversify their economies. Investing in non-tourism sectors is a long-term goal but could be aided by strengthening links between tourism and locally produced agriculture, manufacturing, and entertainment.”.  The UNWTO echoes the suggestion for economic diversification, especially by facilitating a “conducive business environment for micro, small and medium-sized enterprises (MSMEs)”.  For the time being, domestic tourism and local consumption may be short-term strategies. However, local purchasing power will not fill that revenue gap.

Based on recent estimates, recovery will not be felt until 2023, and it will be slow at the onset.  My, that’s two years more to go.  Solely relying on tourism to lead the path to recovery will be a recipe for disaster.